I'm talking about my favorite romance reads of the summer. I read some really great books the past few months. I'm sure I probably forgot one or two but here are some of my favorites. Check out these reads. You seriously won't regret it! 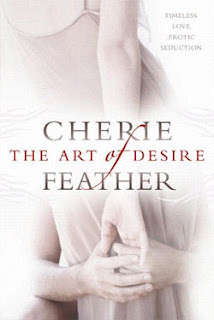 Museum director Mandy Cooper has always been obsessed with nineteenth-century artist Catherine Burke—and the artist’s erotically charged relationship with Atacar, her enthralling American Indian lover. But Mandy’s link to the legendary couple runs deeper than she knows. She’s having a heated affair herself—with Jared Cabrillo, Atacar’s perilously handsome great-great nephew. And the consuming passion Atacar once used to seduce Catherine is now being engaged by Jared. He knows precisely what it takes to move a woman…
He’s in possession of Catherine’s wildly explicit journal. He knows every intimate detail of what she wanted and needed. But he also knows how desperately Catherine had loved Atacar and how dangerously he’d loved her. The journal is timeless and tragic, and the secrets contained within its pages can bring Mandy and Jared together, or just as surely destroy them both—desire by shocking desire.
What I thought:
LOVED this book. The sex scenes with Jared and Mandy are creative and sexy as hell. They play some really hot sex games that had me downing ice water while devouring the book. What really got to me about the book are the journal entries between Catherine and Atacar. Sensual, sexy, tender, and heart touching. I was enthralled with their story. It touched me on a unique level that not many books can do.
Cheri's Website 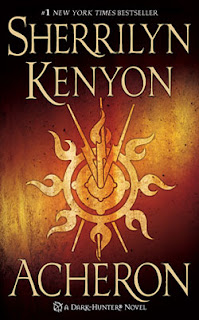 Eleven thousand years ago a god was born. Cursed into the body of a human, Acheron endured a lifetime of hatred. His human death unleashed an unspeakable horror that almost destroyed the earth. Brought back against his will, he became the sole defender of mankind.
Only it was never that simple...
For centuries, he has fought for our survival and hidden a past he never wants revealed.
Now his survival, and ours, hinges on the very woman who threatens him. Old enemies reawaken and unite to kill them both.
War has never been more deadly... or more fun.
What I thought:
Wow! The first half of the book is Acheron's past. Heartbreaking to say the least but it makes you care so much more about the man he became despite what he went through. Knowing his past is a must. His heroine was strong and spunky. She fit him perfectly. His happily ever after is one I'd been waiting years to read.
Website 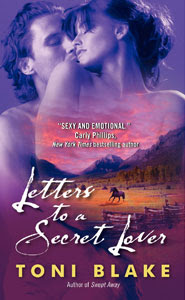 The last thing she needs right now is a man

Lindsey Brooks had it all—an awesome job doling out advice to the lovelorn, a fabulous high-rise apartment, and a to-die-for fiance. But then she got dumped—wearing nothing but a Kiss the Cook apron—and desperate to escape, she retreats to a tiny Montana town to reclaim a family treasure. She never dreamed anyone would try to stop her – or that he’d be sexy as sin.
Too bad she finds such a hot one …
Rob Colter isn’t into relationships—but Lindsey sees Rob as the perfect guy to help her “get back on the horse.” The sex horse, that is. Unfortunately, he comes complete with a mysterious past, which gets even more mysterious when she finds his passionate letters to another woman – whose name happens to be tattooed on his chest.
And too bad he has so many secrets …
Now Rob’s dangerous past is about to catch up with them both. And if that’s not horrible enough, Lindsey is falling for him – hard. For a girl who usually has all the answers, Lindsey is up to her neck in trouble
What I thought:
It's no secret Toni Blake is one of my favorite authors and this book jumped right up near the top of my list of favorite Toni books. Lindsey was great. Loved her growth and feisty personality. Rob is a tortured hero to die for. This book had Toni's signature emotional connection blended with scorch the pages sensuality.
Website 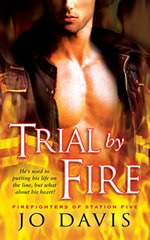 Four-alarm fires have nothing on him…

Howard may love being a firefighter and riding his Harley, but there’s nothing he values more than his bachelorhood. That is, until a feisty, curvaceous teacher named Kat McKenna falls into his arms at the scene of a fire—and melts the six-foot-six tower of bronze muscle…
But just as passion ignites between them—and they explore new heights of sexual ecstasy—a ruthless arsonist with a deadly secret and a thirst for vengeance becomes their worst nightmare…
What I thought:
I'd read multiple reviews that rated this book off the charts so I knew I had to pick it up. Howard, (not the typical name you hear in a romance but it fit him) is a special hero. He's a gorgeous, muscular, monster of a man who is vulnerable and and a little unsure of himself when it comes to Kat, the heroine but at the same time he is an Alpha male who loves to be totally dominant in the bedroom. The sex scenes are HOT. One of the more erotic books I've read that isn't listed as erotic but hits all the right places when you're reading it. Kat is confident, curvy woman makes no excused about her figure. Love that. The villain is pure evil and even though I figured out early on who it was I still couldn't turn the pages quick enough.
Jo's website

There you have it, some of my favorite reads of the summer. What about you? Add to my to be bought list. What are some of your favorite reads from this summer?
Magically appeared by Kelley Nyrae at 2:00 AM

Hi!
It looks like we have similar taste in books. I love Kenyon and Toni Blake. I recently had a friend rave about the last book on your list by Jo Davis, so I will definitely be reading that one.

I also love Feehan's Dark series and just finished the latest installment, Dark Curse. I like the emotion and paranormal elements.
Renee

Truthfully, I've been so consumed with Lora Leigh that nothing else has really held my attn. much. I've been devouring her books!

I do have that Cherie book. I need to get it out of the TBR pile and read it. Your review has me so curious now!

Hey Renee! I need to give Feehan another try. I couldn't get into her first Carpathian book and haven't tried anymore since. I hear such great things about them though!

Yes! You need to read that book, Anne. I think you'll like the Jo Davis one too. Its very hot.

I loved the Toni Blake book! Thanks for that reccomendation. It was warm yet intense at the same time.

I read a lot of Erin McCarthy books this summer, a couple S. Kenyon, a newer author Cindy Kirk and Lori Foster. Overall, I read a lot and loved them all!!!!! Now school is back and I can't seem to find the time I had to read.

Hi looks like some great books. I have Toni's in my TBR pile and I have the Jo Davis as well in my TBR pile. I had hoped to read Toni's before now but.......maybe soon. I swear there's more books than time!

Acheron is on my desk right now and I also just bought Feehan's new book but haven't had time to read either one.

Hmm I haven't read many books this summer.

I did read The Summoning by Kelley Armstrong and it rocked the house.

Mainly it was craft related books that garnered my attention

Tonya, Poof! You have more time. READ WOMAN! LOL. Just kidding. Glad you liked all the books I told you about.

Wendyk, Thanks for stopping by. Can't wait to hear what you think when you read Letters. I know you'll love it though. Acheron was great, wasn't it?

Regina, I need to read more EC titles. I've enjoyed all the ones I've read.

Amy, Girl, you have so much going on but you have to make time to read!

Yay! Loved Letters to a Secret Lover, of course. Other favorites from this summer include Eloisa James's Duchess By Night, Kristan Higgins's Just One of the Guys, and Larissa Ione's Pleasure Unbound. Plus the many summer books still in my TBR pile - the summer was not long enough! ;)