One of my 29th year goals was to start doing more things. I almost NEVER do anything for myself and, among other things, I wanted to change that this year. As we've talked about before on this blog, us women need to start doing things for ourselves more often. This week, I did just that.

I went with a few friends to a bar in Hollywood to see 100 Monkeys perform. I've never done something like this before so I was really excited about it. The lead singer plays Jasper in the Twilight movie and you all know how obsessed I am with Twilight. Anyway, Jackson Rathbone (Jasper) is so very talented. He sang, played guitar and the keyboard. The man can give 'the look' like no other guy I've seen. When he sang he would look at me (probably not looking at me at all but it felt like it) and give me these eyes that seriously made me get giggly. Heat rushed to my cheeks and I had to turn away. It was the craziest thing. I felt so silly but, hey, what's a girl to do? It's Jackson Rathbone with those dreamy, bedroom eyes. *swoon*

The other band was late so we actually got to see a lot of his band. He also announced everyone so he was on stage a lot last night which was really cool. I wasn't sure if I could like his music but I really did. They're all so talented and love music. You can see it when they play. They have great stage presence as well. Very upbeat and keep you entertained the whole time.

I was able to say hi to him a couple times because I was right behind the rope blocking the stage. He seriously performed three feet in front of me all night. It was so amazing. I'm loving the new experiences I'm embarking on this year before I turn thirty. Next weekend, my mother in law is going to watch the kids if she is off and my hubby and I will pack a lunch and spend the day at the beach *sigh* Can't wait for that.

What kind of things do you like to do to treat yourself for all your hard work? Who was the first band you saw live? 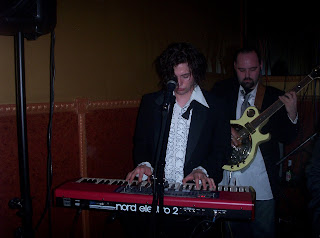 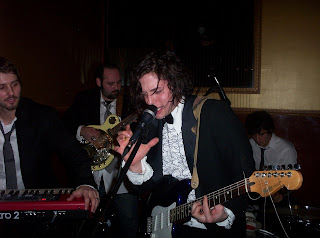 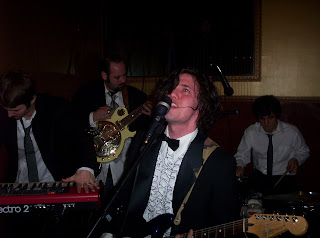 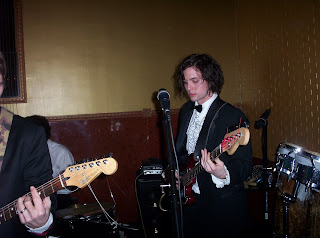 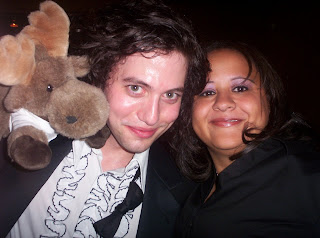 Magically appeared by Kelley Nyrae at 10:16 AM

Ahhh, I love these pics. Looks like you're having a mighty fine time! LOL. I grew up in a small town so there weren't a lot of chances to see live shows. It really wasn't until after I got married that I attended some concerts. The most memorable? Eric Clapton, Paul McCartney, and The Rolling Stones. All great concerts. We always had really good seats too!

On the rare occasions I head out to see live music I have a band I'm crazy about - Deadman's Party. They're an amazing Oingo Boingo tribute band. Their song list is very long, so I'm never disappointed.

Of course, there is my almost 25 year-old U2 fetish. Sadly, they aren't as readily available as local bands.

Different generation here... first live performance was Barry Manilow. Had a headache for a week from the sound. Speakers the size of trucks... seriously.

Twenty nine, huh? All my kids are older than you, hon. Enjoy every day!

Jasper is my favorite character.

I always liked him from day one, but I loved hearing his story in Eclipse.

I wanted to go see Shaun Cassidly so badly when I was 12, but my mom said 'no concerts'. We peeked through the doors of the Colluseum at the State Fair and was able to hear and see Rick Springfield, and we happened to be parked in the infield and in the process of leaving when Air Supply took the stage. But my first REAL concert was REO Speedwagon when I was 25.

Since then, I've seen Foreigner, Def Leppard, Journey, Spinal Tap, Kansas, Styx, Rod Stewart, and the best, Bon Jovi. Kind of made up for missing my HS concerts:)

Thanks everyone! I had SO much fun and since they're not a signed band it was just a 10 dollar donation at the door. Can't beat that!

This looks like so much fun, Kelley! Damn, I need to get out more. Ugh.