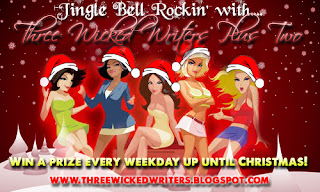 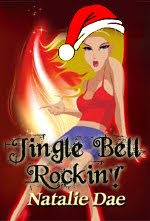 I spent the worst Christmas Day of my life nine years ago. I had split from my ex-husband a couple of months prior, and we’d decided to have our children alternate Christmas Days. He chose to have them on CD first. It was quiet—horribly so. No kids on CD when you’re used to having them there? Evil. They were 3, 6, 9 and 10, so you can imagine the loss of such excited children.
I spent all day moping, crying every so often, and pretending everything was all right on the outside. But inside I felt hollow, like four pieces of me were missing. I told myself that it would be all right, that I would have my CD the next day and pretend it really was CD. The children were supposed to be dropped off between 8 and 9 a.m. They were brought home around noon.
I will never forget that selfish act and also that I could have been awkward and told him I was having them that first Christmas. You know, dug my heels in and said I was their mother, blah blah blah. But I didn’t make a fuss, just let him have them, and that’s how I was repaid.
Similar things have occurred each Christmas. They were late being picked up on CD once, and sat waiting for him, not opening our presents because they were to be opened the next day. But we let them have one each in the end, because shoot, those kids knew everyone else on the planet was ripping open gifts and having fun. And there they sat in their coats, their overnight bags by their feet, waiting and waiting.
As the years have gone by, the rules have changed due to ex having another child who was born on CD. To save our children traipsing about from house to house as they celebrated his daughter’s birthday and not Christmas, they remain at home and go to him on the following day. It’s where they’ve said they want to be, and despite the differences between us, myself and my ex have always said what the kids want comes first. So they choose many times now to stay at home when it’s their weekend to go to him, and so long as that’s what they want, then we’re all happy.
But that first time without them… I’ll never forget how I felt inside. I often wonder how it affected them too. Christmas is forever tainted for me now. I dislike it so much I wish I could just crawl into a ball and wait for it to go away. Oh, I pretend I'm digging it, but inside I'm not. I feel the Christmas spirit has been ripped away, tainted, and despite telling myself it's okay now, that they spend CD with us, and that I should be happy about that, the feeling is in my subconscious, spoiling every year.
Please share your Christmas memories with me. Happy, sad, it doesn’t matter. And if you comment, you can win any of my books in any of my pen names.
Also, don't forget to pop back later to check the Winners Announcement post for last week's prize winners!
Magically appeared by Natalie Dae at 5:06 AM

Crazy that was exactly what happened to me nine years ago. It was the worst feeling the world. My ex was evil (still is) and insisted they be with him. He still tries to out buy me every year, though I don't participate in his contest.
I refuse to try and buy my children's affection. In all honestly they prefer to be with me than with him.

I went through something similar--no ex involved--but went without two of my babies at Christmas due to a custody issue with the birth mother. It was the most god-awful feeling in the world. And it lasted for months. I try not to think about those dark times. I've never felt such anger or sadness. I'm not sure I could get through something like that again.

But children grow up and learn and see and when they do...that's it for those selfish people. They write them completely out of their lives.

Don't let it spoil Christmas for you, hon.

I always had my daughter on Christmas. Her dad wasn't allowed by the court to have private visitations with her.

So I don't know. I think, in my heart of hearts, I'd trade my getting to have had her every Christmas for a chance for her to know what it would have been like to have had a Daddy at Christmas. She never, never will. And I miss that for her.

Your kids are with you now, and I'm glad that you do act happy for their sakes. As hard as it is for you, I'm glad they know what it's like to have both parents.

Oh--and--bless their hearts for having to share the holiday with the ex's child's birthday. That's got to be a bummer for them.

This is such tough stuff and I don't know how divorced couples do it. Mr. Regina is a lawyer and not a holiday passes when he doesn't start getting calls about late pickups or drop offs. I can't help thinking this has to be awfully stressful for the kiddos, too.

Ex people can be utter pigs, Amber. Still, we get through it the best we can, eh?

I agree, Tess. They see for themselves in the end, bless them. Sad you went through this too. That empty feeling is really nasty, isn't it.

Hiya CZ. Awww, bless your daughter. Still, you're an awesome woman, and I'd bet she never missed a thing, not really. Not with you as her mum.

Yep, it's the kids I feel sorry for, Reg. Poor little mites caught in the middle.

Oh, huge hugs, Natalie, Amber, Tess, and all of you :( Please don't let the selfishness of others spoil a time of joy and celebration for you--living well is the best revenge, truly!

Wishing you a fantastic time with your kids this year, and the making of many incredible memories this year and in the years to come!

flchen, you're so sweet. Thank you.

My brother's ex is like all of yall's exes! Its terrible and our family never knows when we will see our nephew for Christmas. The papers that were drawn when they divorced mean nothing to her. She does what she wants. Anyhoos....best christmas memory, the last christmas with my grandfather in 1984. He died a month later......

My best Christmas was 3 yrs. ago when I went to SC to send Christmas with my son and my new granddaughter Sky.

I am so sorry. That would be so hard!

I just don't understand someone becoming a callous asshole just because of a divorce! I'm sorry that you have to live with those memories. My holiday memories are much nicer than that. I love the goofy gifts, stocking stuffers and finding out the that smallest most insignificant thing you purchased turned out to be the most loved gift!

For various reasons (way too long a story), after my divorce, the kids always spent their school breaks with their grandparents in another state. We'd try to celebrate Christmas when they came back after the new year, but it was never the same. I've hated the Christmas season ever since, so I totally get where you are coming from.

Wendy...Sky, what a lovely name! So cute!

Awww, Zina. It's so sad when our loved ones die around this time. Bless you. HUG.

It's all okay now, Madison, apart from a few burps every so often. That's life, love.

Hiya Jen! Yes, they turn into meanies, but I always feel angry that the kids suffer just because of someone else's upset. It shouldn't be that way. We should hide our feelings so the kids are always all right.

Your Christmases sound very cool, and you've given me a bit of the old Christmas spirit now, so I thank you very much for that. HUG.

Susan...HUG. I feel for you. It's difficult to explain to someone, isn't it, how, when you know you should embrace the spirit of it even when it isn't on the right day, but you just can't because CD is THAT special day, and doing it on another just isn't as magical.

The kids know it too, which makes it harder.

It's sad to see the hurt that former loved ones have caused. I can connect to an extent, having been married and divorced, but no kids. That's where the issue is because the kids are a link to the ex.

Up until recently, it seemed to me that every romance author was happily married or in a happy relationship. I couldn't help feeling like an odd ball. A few times I dropped the word "divorced" it was met with uncomfortable silence. The taboo word in the world of romance, it seemed. Sheesh.

So kudos to Natalie for blogging about such a personal and difficult experience.

And God bless you all ladies, with health and ongoing spirit for the good things in life.

Yep, Evie. Makes you want to ask: What, romance authors aren't real people who also have real-people things going on too?

I'm divorced and re-married and proud of it.