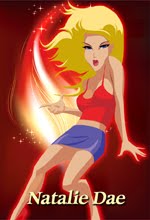 We had a discussion on one of my editor groups the other day about words used for sexual organs. I decided to do a poll on my Emmy Ellis Facebook to find out what words readers dislike. Yesterday it was about the male bits, today is about the female. I’m interested to know what you guys think too because some of the words I could use in my books...well, I dislike them. A lot. Meat and rod spring to mind. They don’t sound remotely romantic to me. I don’t like reading words like that and don’t like writing them either, although I have given in during edits and allowed “rod” to go through on an editor change/suggestion. The same goes for pussy. I detest it but have used it.
Over the years, various and numerous editors have requested I stick to the basics and use the c word for women’s and men’s parts. It was painful to write the female c word at first because I’ve always associated it with a mean word used against women, but now I’m so used to writing it, it’s like I’m writing “the” or “and”. However, the discussion on the group was that there seems to be an overuse of the word “cock” these days. That doesn’t surprise me when we’re prompted to use it over any other word. So, what to do when you don’t like using other words? What to do when an editor suggests you use others? It’s a difficult one, because on the one hand I want variation, but on the other I don’t want to use words I hate, nor do I want to alienate readers by using those words.
Will you help a girl out here? What words do you hate seeing in erotica and romance for the male and female parts? I can compile a list to go along with my Facebook one and know that the ones mentioned the most are the ones to definitely avoid—although I’ll never give up using the two c’s!
Thank you!
Magically appeared by Natalie Dae at 6:06 AM

"cock" is my favorite word. lol. I'm interested to see what words people don't like as well. I know I'm guilty of needing to switch things up, too.

LOl @ it being your fave word.

I'm not a fan of the 'c' or 'p' words when it comes to the female anatomy, and use the 'c' word sparingly. I'm getting used to the 'p' word, but am still not comfortable saying it.

ON the flip side, you can't get too flowery or purple prosed with it. Such as manhood, or her petals, etc... most editors I know will boo-hiss those. Hehehe.

I often find myself rewriting the sentence so that I don't need to use another word for the female or male unit. *lol* Sometimes, its easier to avoid it, than strain for a word that will never sit right with me.

I use purple prose when I write. I tend to gloss over the sex organs if I can get away with it.

I guess you won't be adding my suggestion to your list, huh? Lol.

Ok, let me just lead off by saying the words must match the story. There might be a perfectly good time to use rod or spike or love meat. You just never know! The female c word is crude but I think that is the case in some writing. So again, if the word fits, use it. I detest things like flower petal references or the silk over steel man parts references. Yuck!

I'm comfortbale now, Molly, but I used to find any rude word difficult to write without blushing or giggling.

Brindle--many have said they hate the female c word, but in my experience publishers want it.

You've given me inspiration to write a book without any rude words in it. I bet I'll find it difficult.

I agree, Jen. Different pov's call for different words. I'd use them in dialogue, the words I dislike, but I doubt it in a sex scene.

I detest the c and p words. I tend to use folds for a womans private part and rod for a guys.

In Windswept Shores, my hero is an Australian, doing research I got lucky and found Aussie names for those special body parts. I used budgie tongue for hers and donger for his.

I don't know if this makes sense or not. But because I write m/m right now, I find it comfortable to use 'cock' and 'dick' for men, both in and out of dialogue. Because it IS men talking, and it seems natural for them to use this.

But in m/f romance, I cannot and WILL NOT use some of the standard terms for women's body parts...won't even write them here. For a woman to say them, whether in dialogue, or monologue, is just not romantic. To me, it's base and crude, and I don't like to read it or write it.
Particularly the 'c' word for a woman's sex. I've always associated that word with my early days---in novels and on the street---with men referring to women in a VERY degrading way. I cannot and will not train myself to associate THAT word into anything but what it is...demeaning. I read that word in a romance, and it takes the beauty and sensuality and throws it out the window.

I'd have agreed with you at one time, CZ, but now it's just a word to me. I understand where you're coming from, though.