I love serials, but not for breakfast.

The plot for the first book I ever wrote came to me in a flash of brilliance. Actually, it came to me when my husband forgot my birthday. I wondered if a man could do anything worse on his wife’s birthday. The anti-hero of my novel proved you could, but my heroine made him pay. Needless to say, my beloved never forgot again. In fact his imagination for gift buying seems limitless. Once the book was finished I was sure that was it. My writing career was over. I would never have another plot idea as long as I lived.

Fortunately, I was over reacting, just a little, and inspiration struck again.

However, coming up with a plot for one whole book is difficult, I could only marvel at those who could write a whole series. How did the Janet Evanovich’s of this world get to seventeen books in a series?

Imagine my surprise when I finished the first book in my Reel to Real series, which was at that point a stand-alone novel, and one of the characters decided he wanted his own story. Picking up the lives of my characters was thrilling, like meeting old friends, but now I had a new problem. I had my characters, plot, setting but I also had a potential reading audience who knew nothing about what happened before.

I am the first to admit I hate reading the regurgitation of previous books in a series before the author leaps into the new story. I impatiently flick through pages that quite frankly bore me senseless. I know who everyone is from the last ten books. I also know what happened. Who is in love with who and why. So, after typing Chapter One on my sequel, Keep it Under Wraps I started to worry. How much did the reader need to know about Speak to Me of Abduction to be able to follow the plot if they came in at book two? How much back-story could a returning reader stand before they wanted to scream at their Kindle?

I hope that I achieved the right mix, but I guess my readers will be the final judge.

So tell me, when you read a series do you prefer a prologue that gives new readers all they need to know so you can skip it, or do you like to have reminders weaved into the new plot? 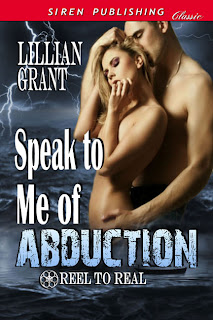 Speak to Me of Abduction


Stranded in Rio and desperate for cash, Australian backpacker Charlene Paige accepts a minor movie role. When her costar, Hollywood hunk and serial womanizer Jonathon Deveraux, is abducted from the set, she turns to his older brother for help.

Jacob Deveraux is an Oscar winner and Hollywood good guy, but his past has made him a recluse. However, when his brother goes missing, he agrees to help the hapless Aussie who was deceived into taking a movie role so Jonathon could woo her into his bed. Despite being determined to keep his distance, Jacob is increasingly drawn to her.

When it becomes obvious Jonathon’s kidnapping is designed to punish him, Jacob worries his feelings for Charlene make her a target. Despite his efforts to keep her safe, she is grabbed off the street. Can he rescue Jonathon and Charlene, or will he lose not only his brother but another woman he loves? 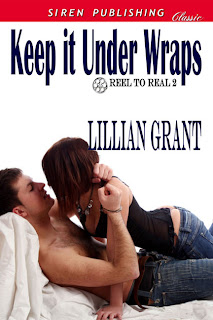 Keep it Under Wraps


Reformed Hollywood bad boy Jonathon Deveraux doesn’t remember starring in the DVD in his mailbox, and he’s not sure he trusts the female PI to find out where the movie came from.

Georgina Stanvers needs the work, but she doesn't like Jonathon. He’s a smooth talker, like the moviemakers who ruined her father. She only suggests reenacting the bondage scene to jar the actor's memory. But untamed passion rewrites the script, and inhibitions are stripped away along with their clothing.

When bullets fly, it appears an impending sex scandal is the least of Jonathon’s troubles. Needing to discover the truth, "George" puts her heart on the line and her life in the hands of killers bent on revenge. If Jonathon is to prove his attraction to the PI is more than lust, he'll have to save her. But first he needs to trust George, and his heart.

Feel free to use what you can and thank you so much for the opportunity to guest on your wonderful blog.

Lillian
Magically appeared by Regina Carlysle at 9:00 AM

Wow! Both books look great. Off to shop now.

I like a prologue but it is not necessary. My problem is series writing is that sometimes the books are too spread out and you forget what happened and then you have to go back and re-read again.

That's why I like a prologue every now and then.

Wow, Lillian
Looks like a great series.
Just added to my Kindle.
I'm a little into the whole suspense thing at the moment.

As for continuing stories.
I like little bits peppered in. Evanovich does a pretty good job of that in her stories.
Little reminder flags.

Thanks Harlie and Taryn. I hope you enjoy my Hollywood hotties.

I can see both ways of adding backstory working. If you add it in along the way then it needs to be done well. Janet Evanovich is brilliant at it and I love the many ways she has to describe the death of Grandpa Mazur. :)