Taboos: are there any left in the romance world? 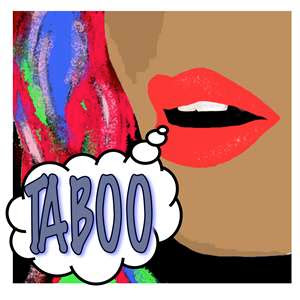 Don't ask where I came up with the question. Let's just say once the question popped in my head I couldn't get it to leave. Kind of like that Gummy Bear song that almost drove me mad.

I know there used to be taboos against interracial romance and gay romance. I'm not saying these are the big bad and horrible, it's not that. I'm trying to undertand what the general public consider taboo?

I'm sure there's other categories I've missed. People might even get upset at the way I explain the abbreviations. Sorry about that but it's the simplest way I know how to put it. Don't get angry & start hate mail. The royal guards can't stand doing mail duty. Takes away from guarding my ladies in waiting, naughty minxes that they are :) Something about those kilts, accents & sexy legs....yummy!

Ummm where was I?? Oh yeah about to jump my guards....


For me it's one night stands. I can't write them and leave it at that. I know writers who did and it turns out amazing. Me, no can do. One night a relationship does not make. In Naughty Nature I fought with myself to justify the emotions and connection between Aria & Mac. In the end the very nature of their sexual relationship broke down the normal girl/boy boundaries. Stripping away the artificial masks all of us wear in our day to day lives leaves you open to another person. This is how I knew it could and would work in Naughty Nature. When Aria dropped her walls, gave Mac control she was showing him exactly who she was at the most basic level. Or at that's what I believe and it's something I had to trust in order to write that particular story.

Every publisher I'm familiar with has strick taboos on sex with animals, golden showers, incest & under age sex. However things have changed as far as rape goes. Some houses are more open to it in certain conditions, as in rape fantasies. Now I'm not one to condem anyone's Naughty Nature, but for me it's going too far. I will never write rape, playing or not. If some writers choose to do so that's a personal decision and I will not fault them for it.

Another hush hush would be fur play. The act of dressing in costumes of what I consider stuffed animals, teddy bears, dogs, cats, birds, that kind of thing. I may be wrong, in no way am I saying I have a clue about this lifestyle. My moto has always been "over 21 & consenting".

Fantasy is great. It's amazing and can enrich our sex lives in many and various ways, but at what cost? When did it become not enough to have two people in love joining their bodies together to celebrate and express those emotions? Or am I the only one to think we're losing sight of the meaning behind romance regardless of the gender involved?

What's the last barrier we're willing to accept? What line in the sand have we moved closer and closer to?

Remember no throwing tomatoes, only nice shiny sparkly objects are allowed. Anyone caught violating this royal decree will be sentenced to the frog pits. It's a horror I'd wish on no one so please behave!!

Until next week!
Kudos,
Allie

PS: I'm in another contest mood. Leave a comment & I'll pick a winner or two at random. Check my FB page for the winner's names.

Magically appeared by Allie Standifer at 1:11 AM

Taboos in fiction are tricky ones. Whilst there are lines I will not cross as a writer for my personal reasons, who am I to judge some other writers and their boundaries.
As long as it's 'over 21 and consenting' it is for the writer and his/her conscience. I guess the bottomline is, does it sell?
If there's someone willing to read it, then someone's got it write it, I guess.
After all, I write about men who tie their women up (consensually of course LOL) and in some circles that's considered a taboo.
So hey, we're all adults, aren't we? :o))

I never heard of 'furries' until I saw them on an episode of CSI. Whatever two people choose to do behind closed doors...and they're both consenting....

If the idea of something in the blurb/excerpt turns my stomach, I have the right not to buy it.

I've read blurbs by authors and if it says anything I don't like, I don't buy. To each his own and ultimately, the buyer decides. Now, some publishers are pushing the envelope a bit much but that's a topic for another time.

When it comes to romance/erotica fiction I really believe that there is nothing off limits.(between consenting adults) I look at it from the point of view that one persons taboo is another persons kink. Personnaly I get creeped out when any form of incest is used. (even stepfather/ daughter, stepmother/son, or stepsiblings) It gives me the heebie jeebies and I personally cannot really enjoy a book with this base as a storyline.

I do not care what other people read/write. However, most books can not lable themselves as romance. Whats wrong with the thrill of not knowing what your latest heart throb looks like naked, or how big he is, or better yet how many friends does he have that may show up later. If you can write M/M/M/M/M/M/M/M, go for it.
Betty Womack

Like you said it comes down to personal preference. What is the write comfortable putting on the page and what does the reader want to read.
I don't get some of the fur play, pony play. If I hadn't watched CSI I wouldn't know what either one was about, but if it makes them happy, more power.
Personally I'd rather play the sub.

HI all! This is the royal princess's handmaiden with a flash bulletin. The royal messenger just told mer her Internet is down so she's not absent by choice. As soon as the royal technicians connect ehr again she'll be back to answer your posts. Meanwhile, I just read everything and there are some great messages here.

Oh and BTW, taboos? It seems there don't seem to be any left but for myself, although there are some I don't read just because of personal ick factors I definitely don't think rape belongs in anything that includes romance. There's nothing romantic about it and it should not be romanticized.

Hi you old princess - hope the royal servants got you going again!
Rape nooooo not romantic and not sex positive no matter what
Ponies me I have the furry four legged kind - and the wellie boots of course...

Great topic. I get that "to each his own", so I don't care what other people choose to read or write. But there are definitely certain things I won't read just because of my personal beliefs. I can't read religious romances, for example, even though I am. I can't read certain paranormal romances. I won't read anything with BDSM, rape, or incest. I think it all just crosses the line. I want ROMANCE. Not raunchy sex. But that's just ME. I don't begrudge someone else reading it. Like someone else said, what people do behind closed doors is their business. I just don't want to see it (or read about it).

I used to have misconceptions on BDSM as well and I am proud to say that I don't have those anymore and haven't for a long time. So what is considered taboo now? Well I used to think that was incest and the like, but now I'm seeing that has definitely gained some ground and people are reading it... probably even more so when Amazon decided it was taking alot of author's books off their site due to that particular taboo subject being included. There's bound to be readers out there for any taboo subject that gets written about, so I guess I'm not sure anymore what taboos are left that haven't been explored or won't ever be.

Interesting subject... definitely got me thinking:)

The issue for me these days isn't so much finding and breaking the newest taboo. There are certain things that aren't going to appeal to each of us. Out and out rape would be one of those things that I don't think should ever be presented in a good light within a romance book--should never be used as a vehicle for sexual titillation. The rape fantasy--which is really "make me like it"--is something entirely different from presenting actual rape as a turn on.

To each his own.

But my concern is that within the erotic romance genre, more and more it's about the sex and less and less about the romance.I keep reading books that are filled with nothing but sex--very little relationship development. Now true these are novellas or short stories for the most part. But in my opinion, with another ten or fifteen thousand words, the romance would have been so much better and given the sex balance. That's what pisses me off these days. I'm fine with loads of sex. But if you're going to write the sex, give it some story/relationship for balance.

Consenting and of legal age is a must have.

Not too bothered by objects (and I'd have to believe that's pretty common or the Battery Operated Boyfriend (BOB) wouldn't be such a thriving commodity.)

Bestiality icks me out.

I really liked your thoughts on one-night stands. Now, if I were reading a novel or a story, I'd have an expectation, and I probably wouldn't be satisfied with a "And that was fun, what was his name?" as a reader... unless he showed up five years later and the story started from there.

I don't think one-night stands are romantic at all.

BUT, they are sexy as hell. It's a fantasy. I mean, I read Penthouse Letters, and it's just the outpouring of a hidden desire to have sex with no boundaries, no judgement, no strings and no guilt.

I don't think one-night stands are taboo, if you accept them as another part of a fantasy.

I DO think they are taboo if they're part of a romance. Because unless it's a lesser plot line (Like in the Terminator), there's just no way to build the emotional bonds that have to be there for a story about romance to exist. (In my humble opinion.)

By the way, nice thoughts, good question, thanks!