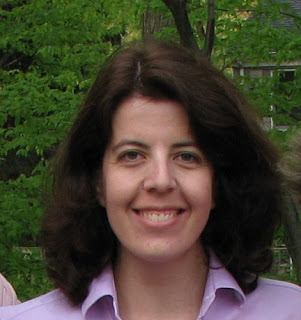 I’m a brand new writer. Actually, I’ve been writing forever, so I should say, I’m a brand new PUBLISHED writer. Actually, I’ve been published before as a freelance magazine writer and editor in my “former” life. But the point is, I’m still learning my craft. I’m learning what writing works and what doesn’t; how to improve things and when to leave things alone; what rules to follow, break, ignore or create. And although writing is a solitary process, I’ve gotten help from lots of people along the way. Most of those are people I’ve met online, through various writers’ loops, Facebook and Twitter, but there are also those I’ve met at conferences and chapter meetings. Those people are great to bounce ideas off of and to talk to about the publishing world.
As I’ve gotten to know them, I’ve learned who to listen to and who to ignore. There’s an amazing woman on one of the writer’s loops I belong to who has consistently excellent advice. I read her responses even when I’m not interested in the topic. There are others whose names are beacons of caution. I don’t respond to their questions for fear of being lumped into their group (kind of like guilt by association). Still others who ask great questions about things I had never thought of until they asked.
I thought I’d share a few things I’ve learned. Some are obvious, some less so. I’d love to hear what things you’ve learned too!
1) Publishing is a small world; don’t knock anyone (unless you aspire to be a one-hit wonder).
2) Related to #1, when you are on a writers’ loop sponsored by your publisher, don’t complain about your publisher!
3) Thank people. Thank your readers, your editors and your publishers. Thank your mom for buying your books in bulk and spreading the word to all her friends. Without them, you wouldn’t be here.
4) Write what you like to read.
5) Read more than just what you like so that you learn.
6) Develop a thick skin (or at least learn how to fake it).
7) Treat each critique, edit and rejection as a learning experience. Sometimes you need to make the exact changes suggested. Other times you don’t. Learn to know the difference. And be grateful that someone took the time to comment in the first place.
8) Write, write, write. When you run out of words, or hit a writer’s block, write about how frustrating that is. Just don’t stop writing.
9) Reciprocate. If you want people to read and comment on your blog, read and comment on theirs.
10) Choose your words carefully, whether it’s in your story, your blog or you comments to others. Well chosen words will be remembered for their eloquence; badly chosen words will be remembered too, but for different reasons.

I’m still learning, and I’m far from perfect. Writing is a craft that needs practice. But oh the fun we have! 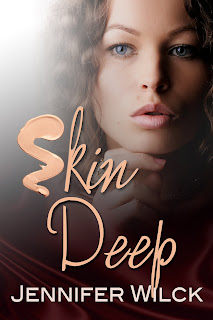 Blurb:
The last thing Valerie needs, after escaping an abusive marriage to an alcoholic and rebuilding her life, is a broody, secretive, standoffish man. But that’s exactly what she gets when she becomes a makeup artist on the set of a hit sitcom and draws the attention of the series’ star.
John Samuels hides a terrible past—a life of abuse and neglect. A successful acting career and the affection and support of cast, crew and friends, does nothing to convince him that he is anything other than an unlovable monster.
Will he learn that the life he’s been living has been built on a lie or will he be doomed to repeat the sins of his father?

About Jennifer:
When I was a little girl and couldn’t fall asleep, my mother would tell me to make up a story. Pretty soon, my head was filled with these stories and the characters that populated them. Each character had a specific personality, a list of likes and dislikes, and sometimes, even a specific accent or dialect. Even as an adult, I think about the characters and stories at night before I fall asleep, or in the car on my way to or from one of my daughters’ numerous activities (hey, anything that will drown out their music is a good thing).

One day, I started writing them down (it was either that or checking into the local mental hospital—the computer was way less scary) and five years later, I’ve gotten two book contracts from Whiskey Creek Press. A Heart of Little Faith came out in June; Skin Deep is coming out in November.

In the real world, I’m the mother of two amazing daughters and wife of one of the smartest men I know. I enjoy spending time with my family and friends, reading, traveling and watching TV. In between chauffeuring my daughters to after-school activities that require an Excel spreadsheet to be kept straight, I serve on our Temple Board, train the dog we adopted from a local shelter, and cook dinners that fit the needs of four very different appetites. I also write freelance articles for magazines, newspapers, and edit newsletters.

When all of that gets overwhelming, I retreat to my computer, where I write stories that let me escape from reality. In my made-up world, the heroines are always smart, sassy and independent. The heroes are handsome and strong with just a touch of vulnerability. If I don’t like a character, I can delete him or her; if something doesn’t work, I can rewrite it. It’s very satisfying to be in control of at least one part of my life. My inspiration comes from watching the people around me and fantasizing about how I’d do things differently.

Some great advice there, Jen! Wish I had a mum who'd buy my books in bulk LOL!
One thing I've just learnt from doing NaNoWriMo is how to turn off the inner editor while writing a first draft. Instead of agonising over every sentence, I've (almost) written the first draft of a novel since the beginning of November. "I'll fix that later" has become my mantra this month.

Hi Paula, I was actually joking about the mom buying in bulk--she didn't really. I think what you're doing with NaNoWriMo is great--do you think you'll try this technique with other things you write?

It's okay, I knew you were joking!

Not sure whether I'll try the NaNo technique with future. Maybe it'll depend on how long it takes me to fix everything in the first draft i.e. all the repeat words, phrases and cliches!

I love number 3! My mom is my best salesperson. Other than signings I do at chapter meetings and friends I sell books to, she sells more of my books than anyone else!

Hi Debra. My mom is great, but my mother-in-law is truly amazing at the marketing. She goes up to people and asks why they're not reading it and how I can participate in things--I'm so not brave enough to do that! :)

Excellent advice, Jennifer, all of it worth repeating to ourselves in those times when we get blase and think we know it all.

Excellent advice, Jennifer, all of it worth repeating to ourselves in those times when we get blase and think we know it all.

Thanks, John! I find it extremely helpful to repeat to myself when I get annoyed about something. It usually prevents me from doing something stupid. Usually.

What a great list of to-do's, Jen. I'm still nervous about my family reading love scenes, so I don't talk much about my writing.

Thanks, Jennifer, I appreciate it!

And thanks to everyone here for hosting me!

I loved the exerpt. But I have to say what really intrigued me was the your confession about the urge to write. Why is it that we MUST write or risk going insane? I'm sure that if I stopped scratching down all my stories and ideas that my head would explode. LOL. I dream stories and characters, wake up and rush to the laptop to record them before they fade away.

Thank you for sharing your story and thoughts with us.