Who Is Raising These Kids? 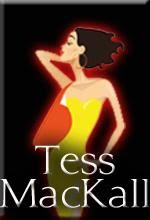 A pet peeve of mine happens to be rude kids. Children who simply have NO sense of acting properly within society. Over and over again I have kept running into this as I was raising (still am with the 16 yr old) my children.

Now I'm not saying my kids were/are perfect. They're not. No one is. Not even me--though I come close...lol The other day I went through the drive-thru at Wendy's for a grilled chicken sandwich for The Boy. I had zoned out and the girl at the window was trying to give me the bag of goodies which I didn't see.
Once I realized this, I simply grabbed the bag and handed it to The Boy. He gave me this stern WTF look and told me I should have apologized for leaving the girl hanging like that.

I'm rolling my eyes here. Yeah, at some point my just-don't-give-a-damn works more than fine. I tried to explain to the boy that I was tired and cranky and it was just a small oversight on my part, but he was having none of it. We ended up getting into a heated argument with me on the stupid side, of course.

You can't teach a kid to have respect for all, to use social skills in every setting, and then fail miserably at it. He'll call your ass on it every time. He informed me at record pace that a minimum wage burger flipper's feelings were just as important as a high-priced attorney or a cop trying to give me a ticket.

Well...he was right and I was wrong.

In the meantime, he has friends galore who are in and out of my house who are rude and quite frankly socially inept. I have a new neighbor who is socially inept. I'm surrounded by people/kids who simply don't know how to socialize. One of the boy's friends has something to say for every single thing I say. He thinks he is correcting me. He's not, but it's weird. He comes across as this know-it-all who knows nothing and constantly embarrasses himself. Another one uses my house like it's his own. Last weekend I found him in my bedroom lying across my bed talking on his cell phone. He said he had needed more privacy. I keep my handbag complete with wallet in that room. I wasn't happy. He's also the same kid who used The Boy's toothbrush and brush. Uh huh... Caught him in the act.

Another kid saw that I had a load of clothes washing and stripped out of his and tossed them in--then exited the bathroom wearing nothing but a towel and a smile. I can't tell you the number of times I've sent a text message to The Boy asking him to come downstairs because "we need to talk".

Bottom line? I keep asking him where he's finding these kids. He keeps telling me that all kids are like that. I keep saying "so you use other people's toothbrushes and wash your clothes at will and go and get into their mother's bed when you're at their house?"

To which he replied: "I'm not normal. I'm the exception. I'm too well-mannered and don't exactly fit in. But this is high school and I'm just hanging out. Just chill and keep telling me when they do something stupid. I'll keep them in line."

This weekend I realized that I had become a taxi for about a half a dozen kids. My entire weekend was shot all to hell because of me giving rides to and from home--to and from the park, the mall, and movies, to all of The Boy's friends. That stopped Sunday afternoon at 4 p.m. when I declared myself exhausted. So I informed The Boy and he said he understood. Said he realized that I was doing everything and other parents were simply ignoring their kids and didn't give a damn where they were or who they were with or how they got there.

And that said it all.

Why are these parents not more involved in the lives of their children? Hell yeah they may be 16 but that doesn't equate to FINISHED!!!! There are two of The Boy's friends who have asked to come and live with us. No, they weren't joking. It was pitiful. They flat out told me that their parents had no time for them. For the first time in my life, I honestly didn't know what to say. I remained quiet for the longest time.

I hope I said all of the right things to these boys. Informed them that time gets away from you. That their parents loved them but work and general responsibilities involved with day-to-day life can really take up a lot of room in a person's life. I suggested they try talking with their parents. Try watching a movie with them and engaging them in conversation. I said a lot. But I was ill-equipped to deal with it really. Shocked.

My kid says he's lucky--even though I can be a pain-in-the-ass. lol He says sometimes I am just too involved in his life. I just looked at him and told him to get used to it. 'Cause it sure as hell ain't gonna stop any time too soon--hmmmm...maybe when he's 80. LOL

Magically appeared by Tess MacKall at 7:33 AM

Hi Tess! I totally agree with you on today's kids. Now, mine is only 7 and we are totally in his life now. He wants us there and his friend's love that his momma comes to school and has lunch, etc. with him.

Plus, he is already volunteering me for stuff. :) He did totally piss me off yesterday and I cussed at him. I know, bad mother but he was rude to me after I went above and beyond with him.

Abour an hour later, I'm laying on my bed watching TV and an arrow comes flying through the door and there is a note attached to it. The note said that he was sorry and that he loved me. He apologized the rest of the day.

Oh...the arrow...He THINKS he's Hawkeye from The Avengers. Yep, the arrow has the suction cup end.

I LOVE LOVE LOVE the arrow thing! My boy is the same way about apologizing. Not with an arrow, lol, but he feels badly when he says something rude to me or when he's just plain argumentative--and it's rare that he ever is that way. But at least he seems to instinctively know when he's wrong. I always went to school occasionally and had lunch with my kids, too. When they were between six and eleven, that is. Once they are out of 5th grade, you can forget doing that--it's just an embarrassment to them at that point. lol But I remember having lunch with one of my girls when she was in fifth grade and a group of six or seven other girls wanted to sit with us. So we had to move to this big circular table. Those girls talked and talked and talked to me. And at one point they talked about how they wished their mom were more like me. Well, I felt badly about that. Really did. Not all Moms can visit school during lunch because they are at work. I have worked out of a home office for over 20 yrs and make my own schedule. So it's easier for me. I explained that to the girls, too. But it occurred to me that Moms can make special time for their kids--dads too-- in other ways. Weekends are still there!!!!

there is not much you can do about the other parents, you have to let it go and evolve itself

Its good to see u my friend. I like your blog Writing and your Thoughts,

I'm sorry for what has happened to you, but there is still time to change your mind on selling the domain.You can see all as a new beginning.
Kızlık zarı

Normal kids do NOT use each others toothbrushes! You can tell The Boy that :)

I agree with Tom Humes. i have seen such a lot of meaningless blogs, while i get a lot from this blog. Thanx
burun estetigi

Enjoying, Relaxing and bonding is goal when your having a vacation but dont forget to have a travel insurance.All people in bali have a insurances now so dont waste your time spending your money to something or material thing start investing for your insurance

Some low priced innternet have a slow internet acess not just like in our
Affordable ADSL in Australia it is very fast and reliable.

It is this type of interesting thing with this post of yours. I had been interested with all the topic along with the flow in the story. Keep up to date the truly amazing work.

Get Hourly profit for 200 hours on every hour without any risk and without any work, best business plans ever
AllTimeProfit.com

Earn Money with PayPal, Now you can earn 300% profit of your investment on every week, Join Now
AllTimeProfit.com

You have a nice blog! I love it, I am very entertained and I learned a lot! I will follow all your posts everyday! You are a genius indeed and all of your words are meaningful, I will promote your blog to my friends and I am very sure they will also like your blog!

The best Value Deals in pakistan where you get accessories, clothing, electronics, featured products, health care, hot deals for womens,
jewelry, lifestyle and much more deals for mens and womens, join this deal fast and get 90% Discount.
www.valuedeals.pk