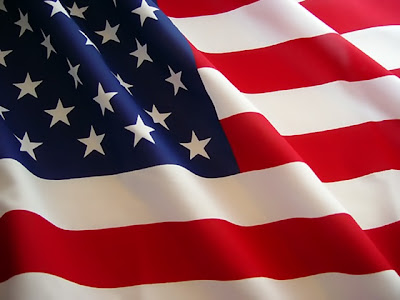 Today we'll watch history unfold before our eyes. I'm so touched. So moved. There are almost no words but I'll try. Roughly a week ago, in an Washington DC eatery called Joe's Chili Dog customers were treated to the a visit from Barack Obama who dropped in to have a chili dog and chat with everyone. He was just a regular guy who loves chili dogs but then, he really isn't, is he? He is the President-Elect of the United States. But on this day, he was a regular guy having lunch. In the 60's during days of civil unrest, blacks couldn't eat with whites and there were riots in the streets over racial inequality and on one particular day, the crowd at Joe's Chili Dog got riled up. They'd had enough. They took to the streets taking others with them on a march to the nation's capitol to protest. So the day Barack Obama came in for a bite of lunch, the diners got really excited recalling the event all those years ago and decided to make another impromptu march. Together, the group marched to the White House and congregated to cheer. They'd only walked a few blocks but they had come SO FAR.

Over the weekend I watched as our new 'almost President' rode a train from Philadelphia to Washington DC. People lined the roads in the bitter cold to wave and cheer. One-hundred and fifty years earlier, Abraham Lincoln had gone by train on this very same route as he marched into history.

History is in the air as crowds gather and people from all over the world are glued to their televisions. Me? I know where I'll be today. I'll be celebrating this remarkable milestone with the people I love. One day I'll tell my grandchildren where I was the day our world changed and hope was renewed. No, don't expect change to happen overnight. It will take all of us to make it happen. At least now, we know we are in this thing together. We have hope.
Magically appeared by Regina Carlysle at 10:07 AM

Interesting post and fact on history I don't think I've ever heard before.

I love chili dogs, too.

I am so very proud today. This is history in the making and I'm so glad to be a part of it. I'm so glad to show it to my four year old and explain to her how important today it.

Great post. Cyber cheers to a new president and a new era.

And cheers and good wishes to you all, too. It's an amazing day and an amazing moment. Just watched the swearing in and now I'm settling in for the parade. This is very exciting.