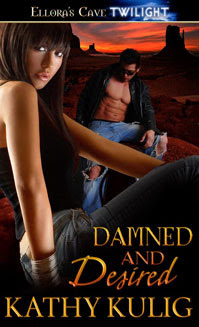 Thanks so much, Regina, Anne and Kelley for having me as a guest on your blog.

Shapeshifters in Paranormal Romances are Hot.

Shapeshifters continue to be hot sellers in the paranormal romance genre and there are quite a variety of them: Werewolves, leopards, tigers, bears, jaguars, coyote, various birds, reptiles and dragons. There are also shapeshifers who can change into anything they can touch: a person, animal or object.

I think predatory animals, both real and fantasy, make the best shapeshifters for romance novels because the hero/heroine take on the persona of that animal. Predatory animals show strength, power, intelligence and control—all characteristics typical of an Alpha hero. Even though the Hare is a shapeshifter in the Native American folklore, I wouldn’t use that myth in my story because a rabbit for a hero doesn’t seem very heroic or Alpha-male material to me.
Magically appeared by Regina Carlysle at 1:00 AM

The excerpt is great; I look forward in reading this.

What a great excerpt! And that's the best cover I've seen in a long time! Hot!

Thanks for blogging with us today, Kathy! :)

Oooh, this sounds great. Can't wait to read it.

I agree with Anne about the cover. Soooo gorgeous. Hey, Kathy, thanks for being here today. Can't wait to read this.

Hi Tracey, Thanks so much. Glad you enjoyed the excerpt. And I really appreciate you reading the book too--cool. :)
Hi Anne, Madison and Regina, You all were great to have me blog with you today. Thanks again. What a great site you have. Yes, I'm thrilled about the cover. Syneca did an awesome job. Really nailed the feel of the story.

Talk about a dangling hot hook. I am so intrigued and want more. A winner.

LOL. Thanks Michelle. We all need something to warm us up in the chilly weather.