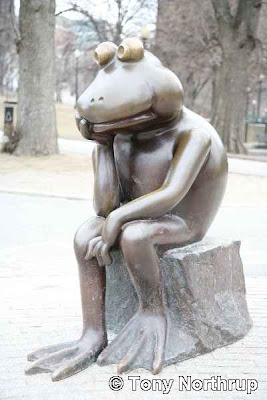 Don't you hate it when you overthink everything you do? I'm really close to finishing Lover's Moon, the first book in a new series. Now my lovely editor may read this and go BLECH and I'll consider abandoning the whole 'series' idea but at the moment, that's the plan. I have a bit of 'tweaking' to do yet and then the final chapter. This is a longer work and I've carefully woven in a duo of very appealing (at least I think so) sexy heroes who will be featured in subsequent books. I've been sure to see they serve a major role in the current story. I've added strong emotional connections between the hero and heroine, a nasty villain, lots of magical things, etc. but it doesn't matter. The closer I come to finishing the more nerves begin to set in.

Why? At this point in my career I should be brimming with confidence but I'm just NOT. Maybe I'm feeling this way because prior to this book, I've worked with critique partners and I'm flying solo this time. So now I'm on the final chapter and thinking to myself...is this any damn good at all?

Do any of you begin to worry as you approach the end of a piece of work? Or is it just me? This morning I'm trying very hard to battle back the doubts and get in a positive frame of mind. I know that if I DON'T, writing this last chapter will be a struggle. I've heard that artists often don't like to show their work until it's completed but I'm beginning to realize I'm NOTHING like them. I like a little push here and there. A word of encouragement or even someone to say...hm, this isn't working for me so why don't you try X, Y, and Z. 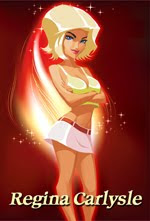 Several years ago, I took my daughter for detailed aptitude testing. This was not long before she was due to start college. I learned a lot about people while going through the 'exit' meeting with her and the counselors at this 'center'. Some people are meant to work with others. Some people naturally take on leadership roles and some folks are meant to follow company guidelines and should probably not work independently. A select group work best alone (scientific researchers, for example). My daughter falls into that category. Now, me? I didn't take the test but I now know for a fact, I don't work at my best when completely alone. I like getting that little nudge from peers, that little 'way to go girl' or that wee bit of advice that might improve what I'm doing.

I know critique partners don't work for everyone. I was willing to try going it alone but hey... it's TOO lonely for me. What do you think? Let's face it, writing a book is a solitary thing but a little solitude goes a hell of a long way.
Magically appeared by Regina Carlysle at 10:10 AM

Oh, Regina, I'm soooo with you! I'm battling the same thing. And I'm still just sort of starting out. I've always been pretty good at working on my own, staying on task, but sometimes you just need feedback. You just need to know it really isn't crap. If you want me to do a read, I'll be glad to help!

Oh thank you, honey! I swear. When we're sitting here alone at the computer and writing away, it can FEEL like it's good. Then when you step away, you can start to worry about it.

And then there are those "lazy moments' when you just can't force yourself to even pull up the doc. and you need someone to just jab you with a fork or something. Anything to get you started.

I'm still a rookie per se, and not ready to put on my big boy pants and send in a MS without having beta-readers tear it apart first. I haven't not sold a book yet, but I still worry and second guess myself and my talent. You're not alone!

I've never gone the 'beta reader' route, Brindle, but I've definitely considered it. I tend to rely of writers to pick up plot goof ups I might have missed, ete. My major worries seem to be with pacing...is it smooth, moving fast, etc.

I'm ashamed to admit this. But, if I don't at least know my crit partners i out there somewhere, just an email away, I can't write.
So for me to even think of writing a story with no feedback? No. No way. Call me chicken. LOL.

You're definitely not alone. I'm still fairly new, but once I'm done with a piece I wonder if the story is good. I don't think that will ever stop.

I know what you mean, C. I don't exactly panic without someone to check things over but I certainly worry.

Why do we remain uncertain of ourselves, Casey? You said you are new but believe me, it doesn't end. So I'm not sure that going the distance without a critique partner is worth it.

Sometimes crit partners can do more harm than good, too. Been there, done that. I like having an extra pair of eyes on my work. AND I love the socialization as well.

Writing is a lonely job. Lots of solitude. Lots of time spent inside our heads. It's good to work with others as much as we can for those very reasons.

Would I sub a book without someone else looking at it? Yes. But honestly, it isn't necessary. I've got a great crit partner who tells me the truth and never lets me down. We GET each other. As long as the way we're doing it isn't broke, I don't plan on fixing it.

Your book is going to be wonderful, Reg. Stop worrying. You're an amazing writer and I love reading every single one of your words.

For the most part, I like working alone. I don't like input until I'm done, unless I ask for help. If I'm doing a cover and Hubby tries to help with a suggestion...not a good idea.