To Wrap or not to Wrap 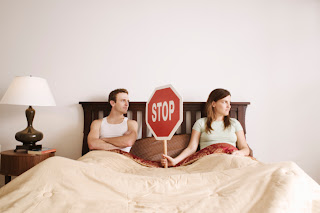 Nope, I'm not talking about sandwiches, dresses or gifts. I'm talking about something much more elemental AKA the male sex organ (although there are female condoms, dams, barriers, etc. as well, I'm using the male condom/safe sex interchangeably in this post.) Yep, this is another one of those posts about how much realism is too much. Tess's great post on Monday about where each individual reader/writer draws the line sort of provided a nice springboard for my thoughts on safe sex.

Fiction is fantasy but at least in contemporary situations, we still usually stick to some of the tried and true. For example, most characters still have to abide by the regular laws we all do (not driving above the speed limit, not robbing thy neighbor, etc.) Yet sometimes readers and authors don't feel safe sex applies because they don't want to ruin the fantasy or appear to be preaching.

Other authors/readers are militant about the need for safe sex every time in the stories they read. Still others are like me, who sort of straddle both lines between "yes, always" and "most of the time, except." Just last night my Ellora's Cave editor told me that safe sex is one of the things she really watches for, so editors are definitely paying attention to this aspect.

So where do I fall? I believe safe sex must always come up. The characters can decide not to have it - or if they forget, the discussion can come afterward - but it's never a "non-issue" especially between people who don't know each other.

In my EC novella, Personal Research, the h/h are intimate with a condom, then engage in more intimate contact without one. Because of the impromptu nature of their first sex scene, it didn't seem realistic to have the hero carrying around a boatload of condoms. My heroine definitely wasn't expecting sex then so she didn't come prepared either. I struggled with that followup scene, wondering if someone would call me out for it, but I did make sure that the characters had the "I'm clean" conversation. To me, that's necessary.

In my next EC release, Provoke Me, the h/h use condoms for the first few sex scenes until the hero gets swept up and "forgets." That shows a major character change - Spencer is not a guy who forgets anything. To compound matters, this scene occurs in a sex club where condoms are everywhere and yet he doesn't grab one. I wanted to show the trust growing between them - even though he can't verbally acknowledge it yet - but they still discussed STDs and ensured Kelly was on the Pill. Pregnancy and disease are always factors so I felt they needed to be addressed. In this case, the h/h have known each other for 3 years so it's not as if they're strangers, but intimate contact is a whole new way to "know" someone.

An an author or reader, how do you feel about safe sex in fiction? Do you want to preserve the fantasy or do you feel the fantasy is tainted without that bit of realism? And writers, do you ever use safe sex to depict character growth in some way?

Looking forward to your thoughts and joining in on the discussion tonight when I get home from work.

And also, without further ado...the WINNER of my Condom Interruptus contest of your choice of any ebook in my backlist (including Provoke Me, which hasn't been released yet) is...yadkny, who has already been contacted. Thanks so much for participating and look for more contests coming soon!
Magically appeared by Cari Quinn at 3:00 AM

I like the realism of the talk between characters about condoms and medical reports in the stories I read. I can't imagine why anyone wouldn't these days especially if you are thinking about having sex with someone new. Definitely a condom should be used. I would think and hope that my adult children who are finally of age to have sex, will consider this before they act. I don't want them to be a parent, I'm not ready to be a grandmother, and I would like them to live a long and healthy life.

I've made it very clear my AU series is set in the mid 1980's, where the AIDS issue (at least among my friends) was cloudy; we thought you could only get it three ways: Infected blood transfusion; sharing dirty needles (drug abusers); or if you were homosexual. The Pill was the preferred choice, and while I do have my characters using condoms, it's only if my female character isn't already on the Pill, or having stranger sex.

Now with Kenzie's story, I have my characters using condoms, or at least having 'the conversation' about being clean, tubes tied, or already on the Pill. In Kenzie's first book, condoms were used. In the second, the character already stated she was on the Pill. The 3rd one, condoms were used until they had 'the conversation', and my heroine revealed she'd had her tubes tied.

As a reader, I don't really care one way or the other; I know it's fantasy, and if they don't use protection, I'd expect to see at least one scene in which the heroine is hoping her monthly 'visitor' shows up, or some internal/external dialogue about other forms of protection.

And yes, I do realize there are impressionable readers out there; I had an ex who thought every woman read romance books and thought they were 'Guides to the Joys of Sex'. If a reader uses our sex scenes as 'Sex Manuals', then yes, I'd hope she would use her head and protect herself.

Forgot to mention: As my AU series progresses, so does the increased condom usage, as the facts emerged. But I still have the Pill in there, as my characters stay together.

I think that condom use in a story is important. That being said, sometimes lust takes over and it happens. I read books that talk about it, use them and never forget and then I read some were its not even mentioned. I think in this day and time, it should be adressed in every book but some authors don't bother. Of course in historicals, it is a total non-issue. LOL!

Here's the thing-- Most of the heroines in the contemporary stories these days are independent, strong and fiesty lil ladies. I guess my view about the condom use is that a) this is modern times and b) the character wants love and respect. As a woman, a very feisty, very independent and self-respecting woman, I would be damned to let a man "poke" me without one.

So when I read a book with condom use, I think more highly of the character's character. Showing respect for themselves and others. Of course there is always those times when you might get wrapped up in the moment and shit happens, but reference to the lack of protection settles
the pricklies that have raised up my spine. But that's just me! :0))))))))

Hi everyone! Sorry I'm late to the party as usual. I loved hearing everyone's thoughts on this issue. It seems while we all know we're writing fantasies, birth control also plays into a character's mindset. I guess this is one of those situations where "your mileage may vary" and it depends what side of the table you're on. A lot of food for thought here! Thanks to all for stopping by. :)

Sometimes, it squicks me to read that there was not even an inkling of safe sex, not even and OH, HELL! scene. Other times, it doesn't. I do prefer reading about the characters taking safety to heart, at least until that time that trust and such is built.

I really dislike having to interupt what I'm writing to put the raincoat on my heroine but it's still the smart thing to do. Safe sex is a matter sometimes of life and death so I feel as authors we need to be responsible. That being said, once they hero and heroine are 'protected' in one scene it is pretty much implied through the remainder of the story so I never belabor the condom issue. Something like 'he took care of protection' yada yada.

One of the biggest problems we'll be facing in the future however is what to do about oral sex. Studies show it is one of the leading causes of throat and some other cancers. Personally the thought of oral sex with a condom on the guy is rather YUK. Sooooo, how do we fix that problem and keep things safe for our characters. A real dilemma.

Oops. Meant to say my HERO wears the raincoat. LOL. Must be getting laaaate.

I have a daughter with Human papillomavirus (HPV). She's at high risk for cervical cancer. And the situation COULD have been prevented by using a condom.

For me, there's never been a question about whether to bring up the subject...

I would love to think that everyone in the real world is safe and health conscience and mature about sex. Not reality! In books I like my characters to be thoughtful about it. Sometimes it makes sense for the charcters to have oopsies because it helps the story. Sometimes it makes sense for the characters to decide not to use condoms after they discuss it. The bottom line for me is that it has to fit the story. So, if the heroine is to stupid to live and the hero is an aggresive thug (like many romance novels in the 1980's), I can forgive the lack of condom use because it would seem forced.

I kind of think that we write fantasy and the condom just gets in the way. But I put a wrapper on it anyway for the most part. lol

Sorry to be chiming in so late. I was sick last week and forgot you were doing this blog. sighhhh

I did what you did with my hero in my upcoming release Strip Down. They used a condom and then he forgot. Said a lot that he forgot, didn't it? Actually, both of them forgot. lol Or just plain didn't care.

As long as it seems realistic to the story line, I think readers accept it one way or another. It's all in the execution.