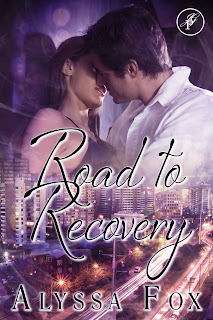 I’ve come to talk about heartache today. We’ve all been there at one time or another. All of us girls have helped each other through it. No two women handle it the same way; some have a girl’s night out, watch a movie, eat ice cream or chocolate. It’s never a fun thing to go through, but it’s a part of life. Sometimes you have to go through a lot of hurt to find the right man for you. This is one of my favorite quotes about men when you’re still searching for Mr. Right: "Men are like roses, watch out for the pricks!" It’s true you have to weed through all the wrong ones before getting to Mr. Right.

One reason I love writing is I can torment my characters as much as needed to break them down, which of course is something you have to do to get them to their happily ever after. As an author, you can’t make their journey an easy one. For one, that would make for a crappy read. And for number two, that’s not how it happens in real life. That’s what both Erin and Kyle are learning in my debut book, Road to Recovery. Erin has given up on finding that one person until her five year plan is in place. She was burned in a bad way. Kyle has lost his wife and daughter; he’s not looking to fall in love ever again. Short flings will do him just fine…better than getting his heart into the mix. Things get complicated when a mentorship with the Chief Pediatric Surgeon becomes available.

Dr. Erin Miller and Dr. Kyle Reynolds are competing for a coveted mentoring position at Maple Forge Memorial Hospital; they plan on pulling out all the stops. But their careers and their desires collide, tangling their past with their future and giving them a chance for love.
So, tell me, what you do when someone breaks your heart? If you’ve already found that one person for you, then tell me what you used to do, or how you help friends get through that hard time?
I can be found at my website http://www.alyssa-fox.com/. Twitter http://twitter.com/#!/AlyssaFox99 Faceboook http://www.facebook.com/pages/Author-Alyssa-Fox/149547855112826

Blurb
Dr. Erin Miller’s life was going great; for the most part, anyway. She was single, had a career she loved, and a cherished circle of friends, but something was missing. When a mentorship with the Chief Pediatric Surgeon becomes available, she couldn’t be more thrilled. Maybe this is just what the doctor ordered! That is, until the handsome and charismatic Dr. Kyle Reynolds decides he wants the mentorship as well.
Kyle Reynolds has lost everything including his wife and daughter. With nothing left in his life except for his job, he sets his sights on the new mentorship position with single-minded determination. The only obstacle he faces is the sexy Dr. Erin Miller.

"Can I cut in?"
She jerked her head in his direction and shot him a dirty look. Kyle’s pulse raced as he glanced over her body. She wore a short skirt and halter-top. Her clothes flattered all the right places on her. She'd finished the look off with some sexy heels.
“No.”
The other man’s hands slid to her hips, pulling her closer. Kyle couldn’t miss the surprised expression that appeared on her face. Or how he wanted to rip the man’s hands from her hips at that moment.
“I believe it’s her choice who she dances with.”
“Listen, you had your chance before I asked her,” Dave barked back.
“Hello, I’m right here and can speak for myself. I’m not some toy.”
The other guy walked off in a huff, spitting something about jealous boyfriends. Kyle pulled her close. She flattened her palms against his chest. The heat from her hands seared him, as if there wasn’t a shirt as a barrier between her touch and his bare flesh.
"I never said I wanted to dance with you."
"Too bad. You’re going to."
"The hell I will." She took her hands off him and turned to leave, but he grabbed her arm and pulled her back.
Kyle placed her arms around his neck and molded her body to his. Like a switch, the arousal he’d seen in her eyes earlier flared to life. A sensual voice echoed around them as it blared from the speakers. She took a ragged breath before she moved with him.
She rolled her hips into him, and he pulled her closer, allowing no space between them.
His right hand trailed a slow path down her arm; goose bumps rose on her satiny skin. Kyle looked at Erin as his hand trailed down to her hips, her gaze on his mouth. He could tell what had happened earlier had affected her as much as it had him. He planned to kiss her before the night ended, but for now, he'd enjoy having her in his arms, keeping her wondering when it would happen.
She drew her focus to his eyes. “You're arrogant."
"Yes, and now we have that out of the way, let's move on, because it's not going to change."He bent closer to her and inhaled the cinnamon-orange scent that was only her. "Je tu vous embrasserai, donc à fond que vous oublierez votre nom, votre sucre.”
"Stop, doing that! I haven't a clue what you said."
He moved closer to where only she could hear him. “I said I'm going to kiss you, so thoroughly you'll forget your name, Sugar.” Kyle moved back and watched her cheeks flush pink as she contemplated what he'd said.
Magically appeared by Regina Carlysle at 10:38 AM

Awesome excerpt and premise! LOVE this, and am putting it on my TBB list.

And you're right; if love was wrapped up in a pretty package, why would we keep reading?

Great excerpt! The journey to meet Mr. Right is a bumpy one. It's important that we read about characters who are going through some of the same things that we are! Congrats on the book.

Alyssa, I bought your book the other day and I've started it and wow, great story. Can't wait to finish it.

I waited 37 years for the man of my dreams and I've never regretted it. I got my heart broken when I was about 25 and sometimes I still feel the pain. I loved someone for the first time and it still hurts.

I screamed, yelled, drank and decided that I needed to put my big girl panties on and I waited for my Mr. Perfect. I just didn't know it was gonna take 12 more years. LOL!

You're right, it would be a crappy story without the conflict. When I had my heart broken, I cried and cried and drowned my sorrows in gallons of Haagen-Dazs and Breyers ice cream.

Wishing you lots of sales with your new release!

Putting my characters through hell sometimes relieves the stress of real life. lol

@ Molly, thanks. I know I wouldn't keep reading if it was all wrapped in a pretty package.

@ Marie I think your right it is important to read about it. Thanks for stopping by.

@Harlie I'm happy to hear your enjoying the book. Your right it could be quick, or it could take years. The heartache makes us stronger in the end.

@Delaney Thanks! That's a good choice of ice cream. I did that as well, but was lucky and found my husband when I was 16. I won't put his age. He might kill me. LOL Let's just say he's 18 years older than me, but I had my heart broke right before I found him.

@Tess. Your so right it's a great stress relief.

I agree about putting your characters through hell. It makes it all the more satisfying when they get together in the end. LOL.