Our guest today is the very talented Lily Harlem. Lily is from across the big pond and an absolute doll. So glad she found her way to the States and Ellora's Cave. It's an absolute pleasure to call her friend. She's also a real kick in the pants as you'll see by her post. And I know you're going to love her books!
***************************************************************************
Thanks for inviting me to hang out at Three Wicked Writers. It’s great to be here and I’ve been looking forward to it very much.
When I was asked to join 3WW for the day I initially wondered what to chat about and pondered on several different subjects, but then, while researching a new project, I came across a pile of unusual fetishes and kinks. Well, me being me, I thought I’d share and see what you lovely ladies all thought of this list and if you have ever written, read or come across any of these sexual preferences.
Okay *deep breath* here goes – see if you can guess what they are just by the name.
Catoptrophilia
Macrophilia
Pogonophilia
Agalmatophilia
Sitophilia
Hierophilia
Smoking fetish (okay so that one is self-explanatory!)
Kleptolagnia
Trichophilia
Dendrophilia
Emetophilia (Yep, it is what you’re thinking!)
Oculolintus
Mmm, how will did you do? Okay, I’ll put you out of suspense, here’s the definitions:-
Catoptrophilia
Unusual titillation in the presence of mirrors. At first glance, this may seem to be one of the most widespread: take mirrors on bedroom ceilings, or the ever-increasing number of sex tapes made by both celebs and amateurs. But catroptrophilia is quite a bit stranger. Apparently what catroptophiles are excited by is the perception of a kind of other version of themselves — a psychic double or doppelganger, an estranged twin or ghostly self.
Macrophilia 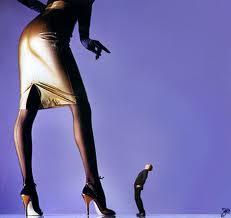 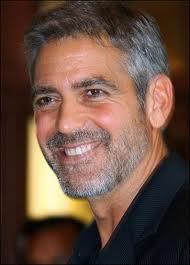 The fixation on bearded men. I looked at an article about this, it was an interview with a woman with this fetish to the extreme, she was shown four pictures of naked men: a well-endowed eighteen-year-old model, an extremely thin bearded man in his early thirties, a heavily muscled former professional athlete in his late forties, and Peter North, the porn star. Asked to choose the most virile and masculine of the group, she selected the bearded man instantly. What she didn't know was that the bearded man was quite seriously ill. So much for choosing someone healthy to reproduce with. However, I’m sure by looking at George we can all appreciate how an obsession like this starts.
Agalmatophilia
To be aroused by statues, mannequins, dolls and effigies. With so many animatronic characters in our midst, we're really not that far from artificial sex partners. Japanese robotics innovators are already on the case – so they say! But wouldn't sex robots solve many problems associated with prostitution: moral, social, hygienic? In any case, this fetish casts a rather different light on seemingly harmless activities like doll collecting, and even ventriloquism. One Oakland woman blogs about the acute arousal derived from being treated like a doll or mannequin by her female partner, whether she was being stripped, posed, redressed into clothes again, or restrained. The process of manipulation, the loss of all will and direction, brought her a kind of release that she said that "left orgasms for dead."
Sploshing/Sitophilia
Food fights a waste of food? Not to sploshers and sitophiles who find them incredibly titillating. It seems there a lots of people all over the world find it intensely stimulating to be covered in wet, messy, food substances. While these fetishes might be messy, they’re otherwise fairly harmless and a lot more innocent than many other sexual obsessions found on the net. But while the two fetishes have a lot of crossover with one another, they are not completely the same. Sitophiles are turned on by food, but this can be through consumption, direct sexual contact with the food or simply by rolling around in it. Sploshers love being wet and messy and while the most common substances involved in the fetish tend to be edible, some sploshers like mud, oil and paint in place of pies, pudding and syrup. I can’t help but think of that fabulous scene in 91/2 weeks when they sat in front of the fridge, her blindfolded and him serving her sweet sticky treats, what was the song? –“ I like bread and butter, he likes toast and jam!”
Hierophilia
Religious Fetish. While most people think that religious fetishes are the epitome of blasphemy, the reality is that most of these people are actually incredibly religious and completely dedicated to their selected belief system. They are so infatuated with religion that they cross the line between loving their sacred icons and making love to these icons.
Smoking Fetish 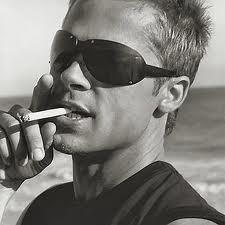 The term “cock smoker” takes on a whole new meaning when you actually catch a glance of a smoking fetish website. For some, the smoking simply signifies a desired characteristic in the partner, such as rebelliousness, masculinity or self-confidence, but for others the fetish really is all about the cigarette itself –the smell, the burning cherry, the loose ashes and the smoke emissions. Smoking fetishes often involve the use of the cigarette during sex, even oral sex, with the cigarette dangerously close to the genitals. Ouch!!
Kleptolagnia
Stealing Fetish. These theft fetishists not only enjoy stealing, but are sexually excited by the act of taking things that are not theirs. They could have a really good time stealing sex toys, which could then be used in further fantasies about similar great heists. Mmm, another story perhaps?
Trichophilia
Hair Fetish. Who doesn’t love a beautiful head of hair? Of course, for trichophiles, the hair obsession can go beyond wanting to touch and look at shiny locks to wanting to caress and kiss the tresses. While the fetish can extend to body hair, most trichophiles love hair on people’s heads and would make excellent, yet creepy, hairstylists. Now that you know about hair fetishists, that scene from Something About Mary will take on a whole new meaning whenever you watch the movie in the future.
Dendrophilia 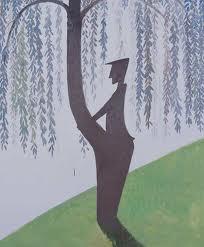 People with this condition prefer trees to humans as sex partners, yes you read right, with some men using holes in the bark as vaginal substitutes. It’s believed by some psychiatrists that these men fear their own homosexual impulses and deal with the fear by finding a vagina in a phallic object. This brings a whole new meaning to the word “woodpecker.”
Emetophilia
Yuk! A fetish for throwing up and being thrown up on – an action also known as a Roman shower (if anyone knew how to have a good time, it was the Romans). Some shrinks have said that this preference may start back in infancy, when throwing up often led to receiving a lot of love and attention.
Oculintus
A rare fetish where people are sexually aroused by licking a partner’s eyeball. In fact, I came across one reported case of a female who was unable to have an orgasm unless she licked the eyeball of her obliging lover.
So have I opened your eyes, sorry(!), to some weird and wonderful turn-ons? I could have doubled the size of this list but didn’t want to overdose on fetishes.
Let me know what you think. I’d love to hear from you. Oh, and just so you know, none of the above feature in the novels listed below, though there’s a healthy dose of many other preferences and kinks enjoyed by Ariane, Liam and Quinn!
Lily x
www.lilyharlem.com
Newest release – SHARED TOO, the sequel to SHARED 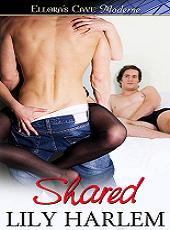 Blurb for SHARED (Book 1)
Struggling artist Ariane Arlington flees the Welsh valleys after exposing her corrupt boss. But when the sun rises she finds herself jobless and homeless in Cardiff city with barely a penny to her name.
She responds to an advert in the local paper—Room to let, wanted, girl to share. What she doesn’t realize is that the two insanely gorgeous guys who live in the penthouse apartment really do want a girl to share, in every sense of the word. Fortunately for Ariane, rent is the last thing on their minds.
She discovers the men are bound together by a turbulent past. Liam, a computer whiz, keeps a painful secret hidden beneath his buff exterior, whilst Quinn, a pioneering neurosurgeon, wonders if he’ll ever meet a woman who can live with his controlling ways. They admit the one thing missing from their lives is a woman just like Ariane, who can handle them both in and out of the bedroom and who, together, they can keep satisfied, loved and most of all, safe.
Click HERE to purchase SHARED 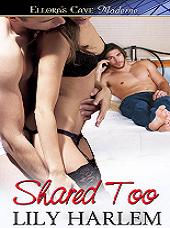 Blurb for SHARED TOO (Book 2)
Ten years on I’m still convinced I’m the luckiest woman on earth. Two devastatingly gorgeous husbands committed to my satisfaction—phew!—life doesn’t get much better or much sexier.
But as though the mere concept of a perfect existence was created to be shattered, one day Quinn turned to me and said, “Shared too. I want to be shared too.” Add in the monster that haunted my nightmares and I was struggling to keep a grip on my sanity.
I soon realized the path Quinn wanted us to travel would stretch not only his experience of giving and taking, but also mine and Liam’s. In a whirlwind of desperate emotions, dark desires and erotic fantasy, we were all so distant but also so sublimely close. Sharing had never been as sweet as it was bitter, or as depraved as it was heavenly.
Reader Advisory: Features the sharing of multiple bodies (F/F, M/F/M, F/M/F/M), bondage and other naughty sexual adventures!
Click HERE to purchase SHARED TOO
Magically appeared by Tess MacKall at 6:00 AM

Thanks so much for having me today at 3WW. This list was fun to source - though left my brain slightly addled a few times! Not least because I'm still recovering from a night of sexy readings and fun at the Lincoln Book Festival with several UK author friends :-)

Will have to check out all the blogs regarding the Lincoln Book Fair. Sounds like it was a whole lot of fun.

Now about these fetishes...goodness, a couple of them are just downright scary. lol And uh, the dude with the tree? Gives new meaning to the term "woody" doesn't it? LOL

Now wouldn't those be great additions to the work a day calendar!!!! Wow, there are a lot of fetishes out there I could have never imagined. Thanks for the really interesting post.

Wow, an awesomely disturbing, yet highly interesting list. I had no idea...

I'm getting hot flashes just thinking about these two stories. Lily, you've got me hooked and I must have them.

LMAO @ creepy hairstylists, but whoa and Umm, no thank you, to a cigarette being anywhere near my private parts.

Mind you, that WAS Brad with that cigarette, wasn't it? Hmm...

LMAO!! Great post, Lily! I had no idea there were so many fetishes out there. I think I'll stay with the more "traditional" ones, if you can call them that. :0)). The hairstylist comment gave me a good laugh. Though I run my hands through people's hair all day, titillating it is not! And definitely not when I come home with random hairs in my bra or underwear!!!

Thanks for sharing what I found to be some seriously disturbing practices! LOL! But hey, now if I see those words, I'll know to stay clear of that book!!

Hi Lily! Wow, you opened my eyes to stuff that I have never heard of much less even thought of. Thanks for the education.

Thanks to everyone for dropping by - its been fun :-)