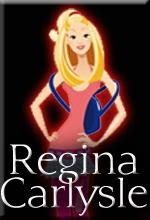 I've been living in Lubbock, Texas for the past few weeks. It's weird to actually live in a place that you've only visited before. The area is flat and dry...and WINDY. Yesterday morning, my daughter and I headed off to the grocery store for essentials. It was cold and definitely breezy but, let me tell you, by the time we'd finished up, gale force winds struck. The skies were dark with dirt and dust. Think Dust Bowl from the 1930's. Crazy. Most of you know I'm from Abilene and we definitely have our 'dirty dusty weather moments' but this was nuts.

By the time we reached my daughter's place, gusts were up to 60 miles per hour and getting our booty inside was an iffy proposition. Several times the lid of my trunk blew down, konking us in the head. Yowww. My daughter is a little thing and it didn't take long to realize that I needed to take up the job of moving everything inside. I managed, just barely, and believe me...I'm NOT a dainty flower. It was tricky. Once it was done, we decided to hunker in for the rest of the day. By the time the ten o'clock news rolled around we learned the winds had knocked down power lines and literally pushed 18-wheelers off area roads. Pretty dangerous stuff.

This Lubbock living could take some serious getting used to.

Growing up in tornado alley, I became used to seeing this kind of stuff and, in fact, have always been rather fascinated by extreme weather. I've seen chicken coops tossed around (complete with feathers flying). I've seen the after-effects for tornadoes that ravaged towns, destroying both homes and businesses. For a brief time, I lived in Houston and survived Hurricane Alicia.  Hey, I'm sure we all have stories to tell about crazy weather experiences, don't we?

In other news: Working on edits for Tinderbox (a story in the Ellora's Cave anthology Something Wicked This Way Comes, Vol 2). I've heard this may release in April. Yay!
Magically appeared by Regina Carlysle at 11:39 AM

I don't think I could ever get used to the dust because I hate to dust. :)

The plains and winds go together naturally. I think it's because there's nothing to stop them! Don't get blown away!