Join Us for WICKED WEEKENDS! 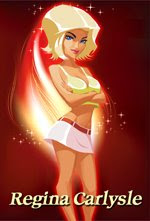 Since weekends are pretty much crazy for all of us, Anne, Kell and I have decided we'll be doing a "chillin' out" kinda thing on weekends from now on which we'll call "Wicked Weekends".

Weekends are family times, running errands times and, in general, the two days everyone needs to decompress so in the spirit of giving everyone a little break we'll just pop on to share fun (or HOT) pics or update everyone on what's going on in our professional/personal lives. Sometimes we'll share our reviews, excerpts, works in progress or just gab.

Most of you know Killer Curves came out at Ellora's Cave in September and the reviews are beginning to come in. I'm pretty excited because they've been pretty good so far. I tend to not go on loops and give a SHOUT OUT when I get these because, dang it, I always feel like I'm bragging my butt off but I'll share today. 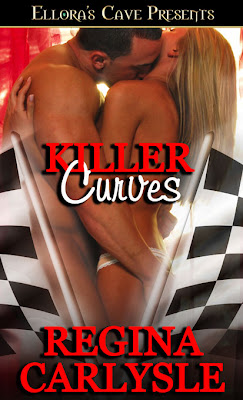 J.T. Sims is one of racings hottest drivers and he knows it, but he's never forgotten the one woman he knows is perfect for him, Carrie Martin Salem. Carrie is the widow of his best friend. When her husband died in a fiery crash she left the racing world and J. T. behind. Once in Texas Carrie vowed she'd never return to the world of racing.Then J. T. stepped out of his truck at her front door and all those feelings Carrie had tried to forget came rushing back again. One look at J. T. and she knows it's more than sex J. T. is after, but is she willing to take that risk again?J. T. is determined to prove to Carrie he's not her former husband, but he knows she will have to decide if she wants him or just the hot sex he can give her. This time the killer curves J. T. faces aren't on any race track. Will love await him at the finish line or only more heartache?KILLER CURVES is a great story. There are some hot scenes, just read the opening, but there is a great story of romance and love written within the pages of KILLER CURVES as well. There is also a story of coming to terms with our fears and the past. This is my first story by Ms. Carlysle but certainly won't be my last. The characters are realistic and engaging, and the story is one that is hard to stop reading. Fans of the world of racing will find KILLER CURVES another winner.

Being married to a racing mega-star wasn’t easy for Carrie Martin Salem. When a devastating crash resulted in Mark’s death, she left her glitzy and glamorous life in the public eye to lick her wounds in private in Mesquite Creek, Texas. Even though racecar driver J.T. Sims was her husband’s best friend, he was always there for her whenever she needed support. Now three years down the road, does she have what it takes to change their relationship from being just friends to lovers?Though Carrie wants to come across as a tough, mature woman, she is still hurting on the inside. At times, I just wanted to strangle her already dead husband for turning her into an emotional coward. It is clear that J.T wants the woman badly and is determined to put his point across. He is no doubt sexy but his flaring temper makes him appear childish at times instead of an understanding man. They already have a dormant relationship and J.T just has to show up at her doorstep to fan out the flames.The sex that they share is explosive. The raunchy episodes are totally uplifting for Carrie’s soul as she seems to come out of her self-constructed protective shell each time J.T takes her passion soaring. The plot relies heavily on sex as it was meant to wash away Carrie’s burdens and doubts. I do agree that all of it changes her point of view but I would have liked more conversation along with jaunty episodes in the bedroom.The author deals with their emotions carefully near the end, making the story incredibly romantic and sensual. The fear of pain and loss makes most of us respond as we do, and Ms. Carlysle sleekly brings all the feelings together. With the excitement and adrenaline rush familiar to the racing circuit, Killer Curves overcomes a hard hitting bend in the road to love!

Author's Website: http://www.reginacarlysle.com/
Killer Curves is a fiery read with plenty of drama and sensuality. This is a perfect read any time of the year. There is passion and drama in abundance as well as sensuality and emotion. Regina Carlysle has created a beautiful story of loss and love that will captivate any reader. This is a sensitive and sensual story that is an absolute must read.
After the death of her husband in a fiery crash, Carrie Martin Salem left the world of the racing circuit and retreated to Texas vowing to live a quiet and safe life. But old memories dig deep, leaving her longing for the friend she left behind. From the moment J.T. Sims steps from the cab of his truck, Carrie knows it’s more than friendship she feels for the hottest racecar driver on Earth. J.T. Sims never forgot the beautiful wife of his long-dead best friend. She’d had her time to grieve. She’d had years to pull herself together and now it was his turn, his time to reach out for the love he’s always wanted. His mission becomes convincing the pretty Texas lady that she’s strong enough to take what he’s offering. Nights of hot passion and days filled with love.
Killer Curves is a fabulous story by a gifted author. The characters are thoroughly developed and highly likeable. This is a definite must have for readers who like a little spice in their lives. I can not wait to see what this author has in store for us next. If Killer Curves is anything to go by then it will be a sensual feast.

Carrie Martin-Salem was in a bad relationship with her race car driver husband, Mark. Though he died three years ago, Carrie still has trouble getting over how badly their relationship ended. However, she is ready to try dating again. Just as she makes a date with a local man who has been pursuing her, a spontaneous visit from a man from her past makes her giddy.
Race car driver J.T. Sims has never forgotten his friend Mark’s widow, Carrie. J.T. always longed for the lovely and sweet woman and he decides it is time to make his intentions known, even three years down the road. When he shows up, sparks fly. But is Carrie ready to let go of the guilt and fear she still feels surrounding Mark’s death? Can J.T. show her that love is what she is missing in her life?

KILLER CURVES is a delicious and sexy read! J.T. shows Carrie just what she has been missing from her life. He is passionate, affectionate and quite clear about what he wants from their new relationship. J.T. wants Carrie as his wife, his friend, his companion in the future. I found that even sexier than all the intimacies they shared. J.T. was definitely a bit of a player and it took him awhile to finally understand what he wanted, but once he realized he was missing Carrie from his life, he made his move. Regina Carlysle did a good job of showing Carrie and J.T.’s relationship evolve in a short time. This is a compact story but it does not show in the relationship. KILLER CURVES is a fun read! Carrie and J.T. have a nice rapport and trust in each other, and that is the best kind of love.
Magically appeared by Regina Carlysle at 10:47 AM