Why We Should All Be Cougars - Eliza Lloyd

Older woman should always partner with younger men, don’t you think? It is obvious we live longer, so the man should be at least six years younger. Additionally, we earn less so an older woman would more likely be on an equal playing field financially with a younger man, let’s just say another four years younger. In support of this, we reach our sexual peak later in life. This conclusive proof suggests that we should all marry men at least ten years younger.
I am surprised there haven’t been more scientific studies to support my notion. I would be a happy participant in such a study. My test subject should be six-two, dark hair and look like David Gandy, without the white shorts. Or it could just be David Gandy and then I wouldn’t have to feign my passion. Eighteen years isn’t too much of a difference, is it?
If Zsa Zsa can do it, why can’t we? Hey, don’t laugh. She caught a Prince!
My second novel was released a few days ago entitled WICKED TEMPTATION. My voluptuous Regency heroine has captured the ideal younger man – the dashing Duke of Pelham. Their relationship was perfect until she had to go and fall in love with him.
While they share scorching physical passion, they have much to resolve: her scandalous but enticing past, his young children, the expected detached emotions of a ton marriage. And her longing for something greater than she has ever had before. 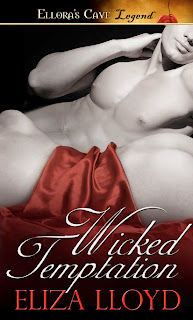 Here’s the blurb:
Randall VanLandingham married the first time for duty. This time he wants much more. Everyone knows his new wife has a past, but he’s the one man powerful enough to stay the gossip while enjoying the fruits of her scandalous reputation. Anne is everything he wants in a woman—insatiable and interesting—but he’s growing damn tired of fending off every man who lusts after his duchess. How does one protect the honor of a woman who has none? How does one win the love of a woman who has shared her love with many?
Pragmatic Anne Porter, a Welsh coal miner’s daughter, learned how to use her beauty and sexuality to lift herself from poverty, and her plan was working perfectly. Until she married the handsome and much younger Duke of Pelham…
Until she fell in love…
You can buy it here: http://www.jasminejade.com/p-9080-wicked-temptation.aspx
Magically appeared by Natalie Dae at 6:09 AM

David Gandy. Now there's a man who brings out the cougar in me. Oh, man, oh, man.

And...oh...what a sexy cover to your book! Congratulations!

I'm 7 years old than my hubby and our relationship is great. In fact, when we got together and even now, its never been an issue with us or our friends and family.

Love the cover and its on my TBR list on my Nook.

Go you, Harlie. I'm older than my hubby too. Not by much, but still older.